Many people know how to help friends or family members who have been diagnosed with cancer or another life-threatening or chronic disease. But when the diagnosed individual is a parent who is increasingly drained both physically and emotionally, there are also needs of children to consider.

Below are suggestions, made by local cancer survivors and kids, on how to provide practical and emotional support. Whether the kids are your own or those of someone you love, there are ways for everyone to help.

Be upfront — but don’t over-dramatize.
Kids of all ages are surprisingly perceptive. By the time they learn of a parent’s illness, they probably already understand that something unusual is happening. Therefore, Parents, have a conversation sooner than later, even if you don’t know all the answers.

Britany Gipson, now 27, was 9 when her mother was diagnosed with breast cancer. “As a child, I remember being scared; I remember wanting to know what was going on,” she explains.

In most cases, honest, open communication about the disease, treatment plan and overall prognosis is best. In absence of an upfront explanation, kids invent their own internal stories that might be worse than reality. Establishing guidelines on what is “normal” during treatments (i.e. nausea, fatigue, hair loss, pain) sets expectations and alleviates unnecessary worry.

It is helpful to discuss the logistics of how kids will personally be affected. For example, explain that because Grandma is coming to stay for a while to help, the kids need to share a bedroom; or since Dad is having surgery, hugs will need to be extra gentle.

Kids may fear a parent is going to die. Don’t shy away from the subject; it is important to validate these concerns. But, never underestimate the power of a positive attitude; even when the outlook looks bleak, a parent telling her kids, “I have every intention of beating this” lets them know she plans to fight – and hopefully win. 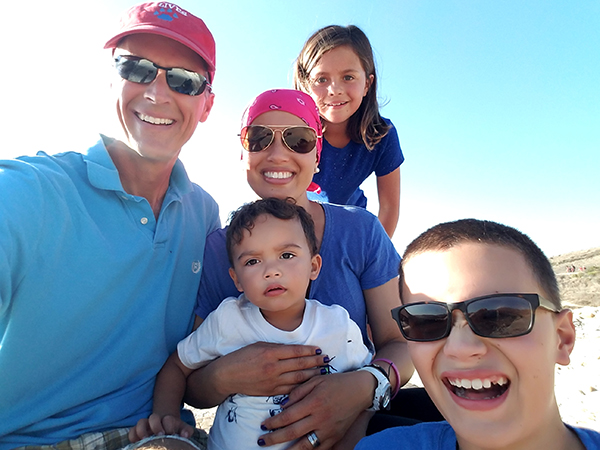 Jo McDonald, 41-year-old mother of three, reflects on sharing her breast cancer diagnosis with the kids, “Adelaide (8) was in tears. After some coaxing, I was able to get her to articulate that she was afraid I wouldn't survive. I told her that was a very real concern.” Fortunately, after additional scans, McDonald learned a cure looked likely after months of grueling treatments including chemotherapy, surgery and radiation.

“I am not the type to dwell on hardship,” McDonald reflects. “You fix it and move on or do the best you can. Wallowing and self pity are not in my vocabulary; I think the kids took that attitude as well.”

Maintain “normal” — but don’t do it all on your own.
After her cancer diagnosis, Sandy Freiwald consulted a children’s therapist for advice on how to best support 8-year-old daughter, Genevieve. “She was a great resource and suggested that keeping things as normal as possible for Genevieve was the most important thing.” 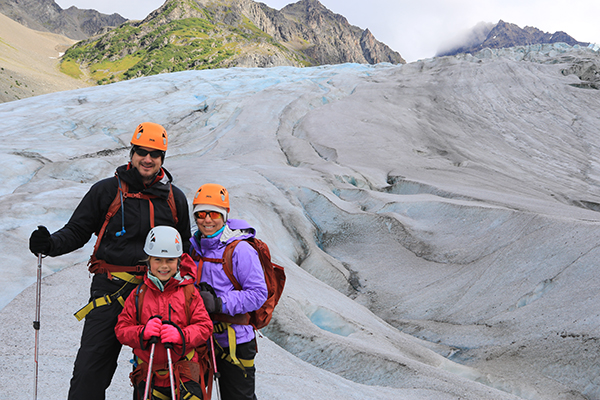 One simple way to help is to offer rides to school or extracurricular activities. “The regular schedule of piano class and swim team practices really kept life going,” McDonald says.

Even when efforts are made to keep the kids’ lives normal, there will be times when it’s impossible (i.e. Mom missing a dance recital because she’s in the hospital, or well-intended visitors who disrupt family routine).

Let the kids know they’re supported — but don’t hound them.
Some kids want to share their feelings with everyone; some only share with immediate family; others won’t talk to anyone. Everyone handles challenges differently.

Whether you’re a parent, friend, relative or other influential adult, let the kids know you are a resource. Check in periodically by creating opportunities for safe discussion, but resist the urge to constantly ask, “How are you doing?” since this alone rarely opens lines of communication. Ask about something else instead: a math test, school project or soccer game. Perhaps kids will open up—or at least appreciate talking about something other than cancer.

“Emotionally, it helps to have someone who is just willing to listen to you vent and process—not necessarily someone who will have the answer for you,” says Macy, who was 17 when her dad was diagnosed with prostate cancer.

Sharing basic information with teachers and other caregivers might be helpful, particularly for younger children. However, discuss this with older kids first—teens may prefer extra attention not be drawn to them.

Feed them — and don’t forget dessert.
Jonah, 13, whose mom was diagnosed with sarcoma cancer last year, still raves about meals brought by friends and neighbors during chemotherapy, “It was really nice how everyone contributed,” he says. “It made me feel like I had a lot of support and people really cared.”

Although difficult to predict a cancer patient’s appetite, the rest of the family will appreciate rotating meal deliveries from supporting community. Don't forget sweet treats! These courageous kids deserve a little extra indulgence.

Lisa Pawlak was 9 years old when her mom was diagnosed with breast cancer, and is a two-time cancer survivor. Her courageous kids were 5 and 7 the first time, 13 and 15 the second.