Pandemic Pitfalls: What to know about developmental delays in children 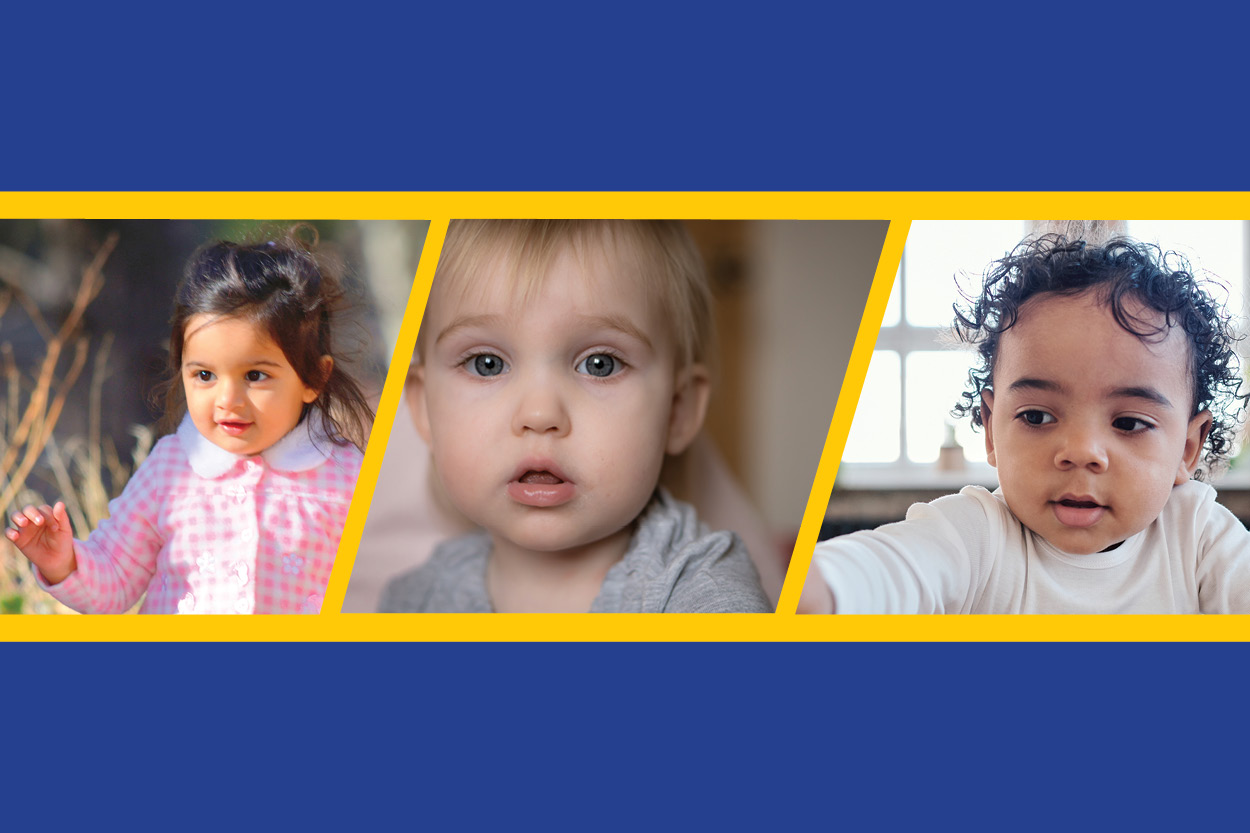 In the wake of the COVID-19 pandemic, researchers have observed an increasing number of children with developmental delays. While the numbers are concerning across all ages and areas of development, the greatest delays appear to be in infant communication and social-emotional development. We interviewed Tracey Tasker, M.A., CCC-SLP, to learn more about these trends. Tasker is a speech-language pathologist at Coastal Speech Therapy and a 4S Ranch mom of four.

Q: Which environmental changes during the pandemic contributed to an increase in developmental issues?

A: Mandates that were necessary to control the spread of COVID affected children differently during sensitive periods of development. The period of 18–24 months is considered a sensitive period for conversational turn-taking, so reduced turn-taking decreased the vocabulary explosion we usually see at this age. The period between birth and 10 months is a critical period for facial recognition, where exposure to facial features and emotional expressions develops the brain network that controls social skills. Mask-wearing in hospitals after birth disrupted facial recognition, especially for babies born prematurely who spent additional time in the NICU (Neonatal Intensive Care Unit). Mask-wearing also disrupted the critical period for speech perception in the first year of life when babies rely heavily on a speaker’s mouth movements when learning to talk. Bilingual children were especially impacted as they continue to look at a speaker’s mouth longer than children who are only learning one language.

One of the biggest challenges for parents during the pandemic was the loss of childcare, and research shows that parents began to rely on screens to occupy children as they balanced working from home. The research shows that lower executive functioning and self-regulation were directly linked to increased screen use in infants and toddlers during COVID. Research also shows that young children who used screens less had greater gains in vocabulary during lockdown. Research across all ages shows decreased physical activity and sleep disturbances during the pandemic. Maintaining routines such as bedtimes and physical activity is not only critical for health, but also for brain development.

Q: Can you summarize the observed impact on infants and what may have caused these delays?

A: Infants were disproportionately affected as environmental input is most impactful during infancy when brains are most plastic. Babies born during the pandemic are showing delays across all developmental domains including motor skills (crawling and walking), cognitive skills (thinking/problem solving), and self-help/adaptive skills (feeding and dressing). The largest delays were in communication skills (understanding and using gestures and words) and social-emotional skills (relating to other people and self-regulation). Researchers have been following these babies and found that they were not catching up in 2022.

Research shows that there was less turn-taking between parents and children, as well as between daycare providers and children. Turn-taking is the primary mechanism for building brain connectivity that supports the development of social-emotional and language skills.

Research also shows significantly higher levels of anxiety and depression among mothers who were pregnant and gave birth during the pandemic. Higher depression levels were associated with decreased bonding between babies and mothers. Brain research on the babies of depressed mothers shows decreased connectivity between the parts of the brain that process emotions, and control executive functions like planning and the part of the brain that enables us to perform tasks quickly and efficiently. Longitudinal studies show those babies had trouble with self-regulation and lower scores on cognitive testing.

Q: How about the impacts on older children?

Q: How about the impact on children with disabilities?

A: Although many parents had higher anxiety during the pandemic, parents of children with disabilities had significantly higher anxiety levels as they [had the added challenge of] interruptions to support services such as early intervention or special education. Research shows that higher anxiety in parents leads to higher anxiety in their children and a likely increase in maladaptive behaviors.

Parents of children with autism reported regression in skills and worsening of ASD (autism spectrum disorder) symptoms. Mask-wearing could have interrupted both emotion recognition and speech development as children with autism rely on a speaker’s mouth for both [of these skills] longer than typically developing children. Audiovisual cues are most critical for speech perception for DHH (deaf and hard of hearing) children who were doubly impacted by sounds being muffled/dampened by a mask and not being able to see a speaker’s mouth.

Q: There have been some notable changes to the CDC’s developmental milestones. What should parents know about these changes?

A: The CDC (Centers for Disease Control and Prevention) revised milestones to ages when most children actually reach a milestone (versus the average age children are expected to reach a milestone). The result is that many milestones were moved to older age ranges, raising concerns that parents won’t recognize a delay until kids are older (which could make it more difficult to address).

Other notable changes include the removal of crawling as a milestone. Although some children do not crawl before they walk, research shows that hand and knee crawling is critical for many other skills such as hand-eye coordination, core strength and visual perception.

Speech therapists have expressed concern to the CDC that the new milestone that children use at least 50 words by 30 months is too late to catch late talkers. A late talker is a child who is not using 50 words and combining words by 24 months. Language research shows that most children have a vocabulary spurt between 18–24 months, which is why late talkers can be reliably diagnosed by 24 months.

Q: What can parents do now?

A: Many children missed recommended developmental screenings during COVID at ages 9, 18 and 24/30 months; therefore, parents should ensure children receive those developmental screenings now, even if they’ve passed those age marks. Parents should discuss concerns with their pediatrician or directly contact their Family Resource Center or the San Diego Regional Center.

Parents should try to adhere to the AAP (American Academy of Pediatrics) recommendations of no screen time for children under 18 months (except video chatting with loved ones), and a maximum of one hour per day of co-viewing high-quality programming for children under 5. An example of high-quality programming is the PBS channel. Although YouTube is popular, research shows that only five percent of YouTube programs for young children meet the criteria for high educational value.

Parents should make efforts for children to meet the WHO (World Health Organization) recommendations for physical activity. Children under one year should be physically active several times a day with interactive floor-based play—and not be restrained for more than an hour (car seats, stroller, etc.). Children ages 1–4 years should have at least 180 minutes per day of physical activity, with at least 60 minutes consisting of moderate to vigorous intensity.

Parents should also read to children daily; research shows that parents who read more to their children during the pandemic had the largest gains in vocabulary development.

Finally, parents should be seeking opportunities for children to socialize with their peers. Although children don’t master social skills such as cooperative play and sharing until later in preschool, the foundation for these social-emotional skills is built much earlier in development.

Anne Malinoski is a contributing writer living in East County with her husband and two boys.

Whether you have goals, resolutions, visions, mantras or targets for the New Year, one popular topic on people’s minds is exercise. And why not? In addition to helping prevent a slew o . . .

Pandemic Pitfalls: What to know about developmental delays in children

An interview with Tracy Tasker, MA, CCC-SLP In the wake of the COVID-19 pandemic, researchers have observed an increasing number of children with developmental delays. While the numbers are con . . .

How To Find the Right Pediatrician

Finding the right pediatrician for your family can daunting. But by researching options and defining priorities, you can find a pediatrician you feel confident and comfortable with. Here are some ti . . .

If you have asthma, keeping an emergency inhaler and other treatments on hand can help quickly relieve symptoms so you can breathe easier. But there is evidence that foods containing certain compoun . . .