How to Balance Screen Time and Your Child's Health 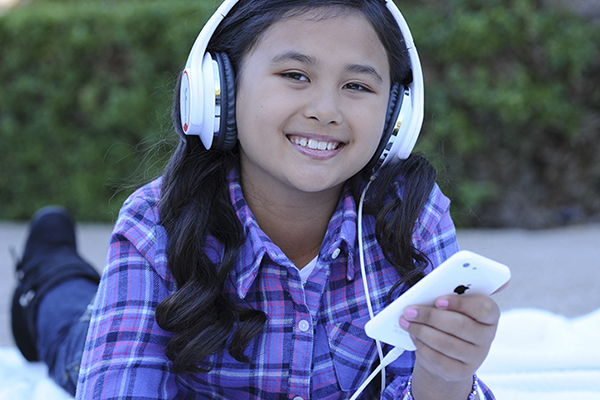 If you’re concerned about the amount of time your kids spend with technology, you’re not alone. There has been a rise in health-related issues in recent years among our youth. Reducing or eliminating screen time is the most effective way to protect kids from too much tech, but this is not always a realistic option. Consider these alternative solutions to help protect your children from potential technology hazards.

EYES
Focusing on screens for long periods of time every day can cause increased near-sightedness and Computer Vision Syndrome (CVS), which involves eye strain and discomforts such as dryness, itchiness and irritation.

To avoid it, reduce screen glare by turning down the brightness, and position electronic devices as far away from the face as possible. Increase font size and adjust contrast to help find more comfortable settings. Screen filters, including apps and glasses that reduce the light emitted, might be worth a try.

SLEEP
Another potential hazard is lack of sleep. “The blue light emitted from screens messes with natural melatonin levels and affects the quality of sleep kids are getting,” says Dr. Kamei Tolba of Children’s Primary Care Medical Group (CPCMG) in Encinitas. Among other consequences, poor sleep can increase inattentiveness and cause grades to drop.

Establish an evening curfew for electronics; for instance eliminate screens 2–3 hours before bedtime. Tolba generally recommends zero access to media in the bedroom at night.

POSTURE
Do your kids sit with shoulders rounded, hunched over their electronic devices? Be advised: a number of pediatric orthopedic issues with the neck and shoulders have arisen recently. Focus on ergonomics and suggest that kids demonstrate good posture by keeping their backs straight. If using a tablet or laptop, prop it up so kids aren’t hunched over it.

EARS
The American Academy of Audiology (AAA) estimates that one in eight kids and 16 percent of teens have sustained noise-induced hearing loss (NIHL). Listening to loud music for long periods of time may be a contributing factor.

Tolba observes that kids have been listening to loud music on headphones for decades—before the rise of screen time and much of today’s electronic media—so NIHL isn’t a new issue.

To avoid future problems, purchase headphones with appropriate volume control and don’t blast the sound. Select an over-the-ear style as opposed to ear buds. Note that teens’ hearing is not routinely screened, and that hearing loss might not manifest until adulthood.

HANDS
A condition known as “gamer’s thumb” (and “texting thumb”) is a repetitive stress injury that results from frequent use of video game controls and smartphones, which causes an irritated, inflamed, swollen thumb. Moderation can avoid these issues; and rest, ice and over-the-counter medications can help alleviate existing symptoms.

Although he acknowledges that there are some instances of tendonitis reported, Dr. Tolba says, “Fortunately, this rarely progresses to the point of carpal tunnel syndrome. We used to see that more with typing.” Touch screens are preferable for this reason.

INJURIES
There has been a lot of attention on the perils of texting and driving—but what about the dangers of texting while skateboarding or biking? Although there hasn’t (yet) been much research done on the extent of the problem, Tolba has stitched cuts and mended broken bones from such accidents. Clearly, texting is a distraction while on wheels. There are also stories of serious injuries (even death) while taking selfies. Tolba suggests kids always observe their surroundings, or ask someone else to take the picture.

OBESITY
Most parents are aware of the correlation between being less active and weight problems. “From a pediatrician’s perspective, this is the biggest concern with screen time,” Tolba says. “It really steals away from time that kids can be doing other things.”

How do you separate kids from technology?

“Parents won’t like this, but they need to set a good example for kids,” Tolba says. Demonstrate appropriate electronic behavior: Don’t use your smartphone at meal times, never text and drive, and put your devices aside and pay attention to your kids.

Finally, encourage healthy, active, family activities—such as hiking, biking and walking. Get out of the house and show your kids there are fun alternatives to screen time.

How much screen time are we talking about?
A 2015 national survey by Common Sense Media finds that average daily media use—excluding time spent on school work—is estimated at six hours/day for tweens, and a jaw-dropping nine hours/day for teens. It also notes that media habits vary dramatically between boys and girls, with boys more focused on gaming and girls on social media. Additionally, kids are multi-tasking screen time, simultaneously doing homework on a computer, texting friends, listening to music, etc. Media consumption has also become highly mobile, with nearly half of all screen time by tweens/teens occurring on tablets and smartphones.

With all this in mind, past recommendations by the American Academy of Pediatrics (AAP) that kids should limit screen time to two hours max/day (kids under 2, none at all) seem unobtainable. The AAP will introduce revised guidelines early this year that address changing realities of the digital generation.

Local pediatrician Dr. Tolba of CPCMG notes that parents regularly express concern about the amount of time their kids spend with technology.

“It starts from a very young age. There are kids, 1­–2 years old, who throw fits when you try to take an iPad away,” Tolba says. “Parents are definitely concerned about it—and pediatricians are concerned as well. During physicals, I try to spend some time with kids encouraging them to do other things besides screen time.”

Contributing writer, Lisa Pawlak, is an Encinitas resident and mother of two sons.