How Artificial Sweeteners Can Actually Pack on the Pounds

How artificial sweeteners can actually pack on the pounds 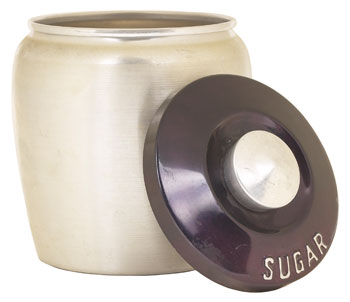 We read it in newspapers and see it on the nightly news; even Hollywood is responding with various spin-offs of the NBC hit reality show “The Biggest Loser.” Obesity rates in both adults and children are reaching epidemic proportions. While the incidence of obesity and overweight Americans have spiked over the years, so has the trend of consuming “sugar-free” foods. The number of Americans consuming sugar-free products increased from less than 70 million in 1987 to more than 160 million in 2000. Surprisingly, however, switching from sugar to an artificial, no-calorie sweetener may thwart your attempts to cut calories and actually cause your metabolism to slow down, and slow metabolism can be a major factor in weight gain.

How They Work
Artificial sweeteners may weaken the body’s ability to identify the delivery of calories into the stomach. When you consume glucose, found in foods and drinks (such as regular soda pop), your taste buds send a message to the brain that says sugar is on its way down to the stomach. Your brain then prepares your stomach to take in the sugar, while your metabolism prepares the body for the incoming calories. When the sugar is replaced by a no-calorie, artificial sweetener, and the calories never reach the stomach, the body is left in a state of confusion. Over time, your body loses the ability to gauge caloric intake, which leads to a tendency to consume more food than needed and thereby gain more weight.

Of course, this doesn’t mean that you should always drink regular soda either, since the high-fructose corn syrup also packs a high-calorie punch. There are other healthier, more natural alternatives that are low in calories and just as sweet.

Artificial Sweeteners to Use with Caution:
• Sucralose (Splenda)—chlorinated; Sucralose is 600 times sweeter than sugar on average and has no calories
• Acesulfame K (Sweet One or Sunnette)

Switching to Natural Sweeteners:
Replacing artificially processed sugars with natural sweeteners is the best solution, so consider adding one or more of the below to your diet:

Stevia—extracted from a plant grown in South America
• Does not raise blood sugar levels.
• Non-caloric.
• 10 to 15 times sweeter than sugar.
• In cooking: 1 packet Stevia = one packet sugar, or 1/4 teaspoon liquid Stevia = 2 teaspoons sugar.

Agave nectar—juice is extracted from the core of the agave plant
• Has minimal effect on blood sugar and insulin release.
• Contains calories.
• In cooking: 1/3 cup of agave syrup = 1 cup of sugar.

Honey—produced by honeybees
• Contains a number of nutrients that include sugars, such as fructose, glucose, sucrose, maltose, lactose and other disaccharides and trisaccharides.
• Raises blood sugar levels.
• Honey may contain minute quantities of clostridium botulinum spores and should not be fed to children under 1 year of age.
• Raw: may contain bits of wax, insect parts and other small detritus.
• Filtered: This is raw honey that has been warmed to make it easier to filter out small particles and impurities. Other than being somewhat cleaner than raw honey, it is essentially the same. Most of the trace amounts of nutrients remain intact.

Sucanat—organically grown, freshly squeezed sugar cane juice, evaporated by a special Swiss process.
• In its natural state it is highly nutritious, since the molasses has not been removed.
• Raises blood sugar levels.
• Use in place of brown sugar for an extraordinary flavor.

Cane Sugar—produced from the sugar cane plant
• Cane sugar does not go through the same refinery process as sugar, so it retains more of the nutrients.

Natural Sweeteners to Avoid:
All natural sweeteners are not created equal, and although they are technically considered “natural,” they should be avoided.

Table sugar (Sucrose)—white table sugar is empty of all vitamins, minerals, fiber, amino acids and trace elements, which are removed during the refining process.

While all of us are in the need of something sweet once in awhile, the best suggestion is reaching for Mother Nature’s sweet bounty in the form of an apple, orange, peach, watermelon or any of the other tasty colorful fruit selections available. Enjoy!