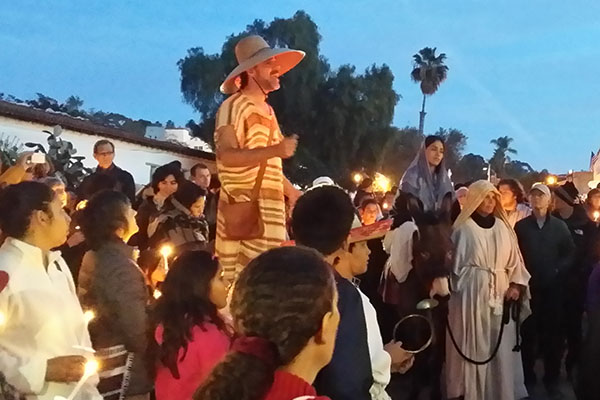 The Mexican Christmas season kicks off December 12 with the feast of Our Lady of Guadalupe (the patron saint of Mexico City and all of the Americas) and ends two weeks past December 25. Read on to learn the significance of Las Posadas and Three Kings Day, plus traditional Mexican foods eaten during the holidays. A special interview with Food Network Chef Marcela Valladolid follows.

Las Posadas
From December 16 to 24—the nine days before Christmas—Mexicans celebrate Las Posadas, which means “inn” or “lodging” in Spanish. These nine days honor Mary’s nine months of pregnancy and the journey with her husband Joseph to find a place to stay, a birthplace for Jesus. By tradition, families would light candles, pray, sing and participate in a walking journey.

Festive Foods
Mexican Christmas celebrations involve many cultural foods—especially tamales, a corn-based dough or masa filled with sweet or savory ingredients, wrapped in a cornhusk or banana leaves, and steamed. Sweet tamale ingredients include pineapple, strawberry, chocolate, pumpkin and guava; while savory ingredients are cheese and proteins like pork, beef, chicken and turkey.

“Tamales are the most traditional food to make and eat during the holidays, not only for Mexicans, but for many fellow Latin Americans,” says Teresa Anaya of Northgate Gonzalez Market, noting the tamales tradition goes back to Meso-American times. Five of the eight Northgate Markets in San Diego County offer free seasonal tamale-making classes.

“Customers usually learn to make three types of tamales and a drink that complements the tamale season,” says Anaya. Kids under 12 can take classes, too, learning to make two kinds of tamales. While participants don’t cook their tamales on-site, they do taste one that’s been cooked. Registered participants receive an apron, tamale spreader, a certificate of class completion, and a coupon for tamale ingredients and supplies. Class size is limited. Contact your local Northgate Market to see if tamale-making class (for kids or adults) are being offered this year: http://northgatemarket.com/en/Cooking-Classes.

In addition to tamales, Mexican Christmas celebrations often feature a full dinner. Paulina Chaidez of Cocina 35, a restaurant in downtown San Diego, caters many Mexican Posadas. They serve turkey breast with picadillo stuffing, topped with cream, almond and Granada sauce. During holiday parties, the meal ends with buñuelos, a customary south-of-the-border cinnamon dessert, as well as hot chocolate and café de olla, a spiced Mexican coffee made in a clay container with cinnamon, clove, cacao and a special unrefined sugar called piloncillo.

“It’s the most traditional coffee in Mexico,” says Chaidez. “It’s aromatic, has great flavor, and is really good for winter.”

Three Kings Day
The Mexican Christmas season ends Jan. 6 with the Epiphany, also known as Reyes Magos or Three Kings Day. This commemorates the visit of the three wise men who gave gifts to Jesus. Traditionally Mexicans exchanged gifts on Christmas and the Epiphany, but these days not as many people participate. This is also the day when Mexicans eat a sweet, ring-shaped pastry called La Rosca de Reyes or Three Kings Bread. A tiny plastic baby is baked into the bread and whoever gets it is considered to have good luck.

“Each guest has to cut their own piece and if you get the niño (baby), you have to buy the tamales for Dia de la Candelaria on February 2,” says Chaidez. This day, also known as Candlemas, commemorates when Jesus was presented at the temple.

Find an easy recipe for Three Kings Cake at www.sandiegofamily.com/things-to-do/dining-and-recipes/king-cake. 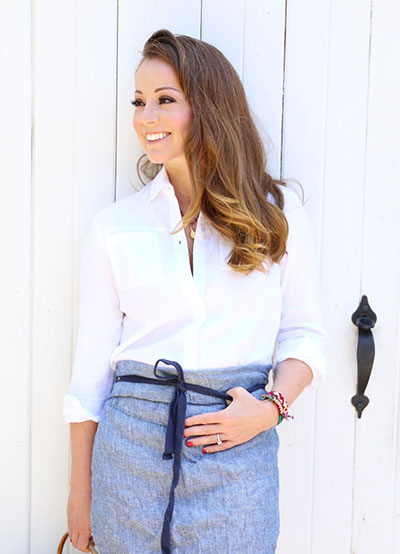 Local chef and cookbook author Marcela Valladolid grew up in Tijuana. Until a recent move to L.A., the Food Network star of “The Kitchen” and “Best Baker in America” lived in Chula Vista with her fiancé and three children: Fausto, David and Anna. Her Decembers are filled with family, friends and lots of festivities on both sides of the border.

“I'll go to a posada with my mom’s side of the family, and another with my childhood friends,” Valladolid says. “We celebrate all month!” Here she shares her favorite Mexican Christmas traditions.

What are your favorite Mexican family holiday traditions?
Although we host a traditional Christmas dinner, we certainly have elements that remind us and our kids of our beautiful heritage. Tamales make an appearance at the table. There is always a piñata for the kids. Sparklers (luces de bengala) remind me of Christmases spent in Tijuana.

Which foods are a special part of your Mexican holiday celebrations?
We certainly do a rosca (Three Kings Bread), which we purchase in Tijuana every year. We make tamales or purchase them from my friend, Vivi Ley. We also make tortas de bacalao (salted cod) during posadas.

My mom used to make a few staples every single holiday season. Our home would become a factory for buñuelos and polvorones (Mexican wedding cookies). We would help my mom package them in cellophane bags with huge red bows for her to distribute to friends, family, teachers, nuns and anyone she wanted to show thanks to during the holiday season.

What advice do you have for families who celebrate more than one culture during the holidays?
Do it loud and do it proud. In this house being half Mexican is something we shout from the rooftop. Our food, language and traditions are simply the best in the world. I truly feel that and I know that I will pass that on to my kids! 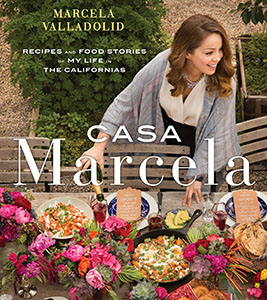 Read more about Marcela Valladolid’s love of food, family and culture in her delightful cookbook, Casa Marcela: Recipes and Food Stories of My Life in the Californias.

Kristen Castillo is an award-winning freelance writer who lives in Chula Vista with her family.

When it comes to snow, we’ve got you covered. When snow is in the forecast, here is where you'll find it in or near San Diego County. Be sure to check websites for projected snowfall, weather condit . . .

How to Stay Connected with Grandparents Who Live Far Away

Those who live far from their children’s grandparents know that maintaining a special connection from afar is difficult—but it’s not impossible. Here are ways to keep kids in touch with long-d . . .

Feeling down? Turn "the Blues" into Family Fun

Whether your family is transitioning from carefree holidays or navigating an unexpected worldwide pandemic,"winter blues" are a real thing -- and as we've learned, can come anytime of year. Don't let . . .

Black History Month (February) is often something that is recognized at school, but is your family doing anything to celebrate or discuss it at home? Literature, food, music and art are fabulous way . . . 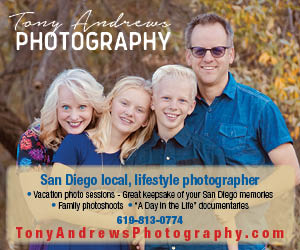 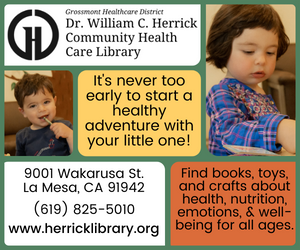