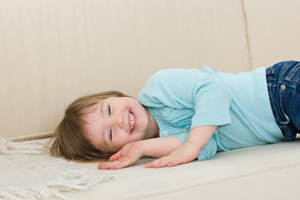 The road to a single nap can be bumpy. Let us lead the way.

The move from two naps to a single afternoon nap is a hallmark of toddlerhood, but it’s fraught with confusion for parents. Your tot knows when he’s ready to transition, but with decidedly limited verbal capabilities, he can’t easily clue you in.

Instead, he cries and fights naptime, wakes up tired after a too-short nap, or skips them altogether. Even worse, diminished day sleep may leave him so overtired that he sleeps restlessly and wakes at night. The result: a cranky toddler with exhausted parents.

Unfortunately, there’s no quick fix. According to Dr. Raj Kakar, board-certified sleep specialist and medical director of the Dallas Center for Sleep Disorders, it can take months to arrive at a comfortable one-nap routine. Until then, kids are in limbo. Two naps, and they’re bouncing off the walls at bedtime; one nap, and they’re fried by sundown. The good news? A little knowledge goes a long way. Read on.

Ready or Not?
The first step toward a successful transition is determining whether your child is ready. Generally, a tot who can stay awake happily for four hours or longer during the day is ready. Nearly all one-year-olds will make drop the morning nap before they turn two, most during the second half of the second year.

In “Healthy Sleep Habits, Happy Child,” Dr. Marc Weissbluth reports that only 17 percent of 12-month-olds have a single nap. By 15 months, the number is 56 percent. By 24 months, 95 percent of toddlers have transitioned to one nap.

Don’t jump the gun; your baby will likely skip a nap or two long before she’s ready to join the ranks of single-nappers. The key to determining if she’s ready to switch lies in consistency: if she bucks a nap every day for a week, then she’s probably ready for fewer daytime siestas.

Gear Up to Step Down
During the transition, keep your eyes on the prize: a single nap in the afternoon is your goal. Older toddlers’ circadian rhythms are geared toward an afternoon siesta—it helps them prepare for a pleasant evening, an easy bedtime, and a restful night. But as any parent knows, toddlers can be uncooperative. They frequently take a late-morning nap without complaint and skip the critical afternoon nap. This lands them smack-dab in the middle of meltdown city by early evening.

When your child shows signs of dropping a nap, make sure the morning snooze is the one to go. Gradually decrease the length of the morning nap by 15 minutes every few days step down his morning rest to preserve the afternoon nap by.

Going, Going, Gone
Even with a shortened morning snooze, many tots will persist in skipping the afternoon nap. In this case, Dr. Weissbluth suggests making the morning nap 10 to 20 minutes later each day until it occurs at midday. If your little one is falling asleep during dinner, try alternating two-nap days with one-nap days until she can get by on a single snooze, or offer a short catnap in the late afternoon.

Kathleen Yarbro used this technique to help her daughter Bethany make the switch. “I pushed the a.m. nap later and let her sleep as long as she needed. Then she took a short catnap in the late afternoon until she could make it all the way to bedtime without one,” she explains.

Taking Care of Business, Working Overtired
During the transition, your child might need an ultra-early bedtime to compensate for extra tiredness. Contrary to popular belief, dropping a nap doesn’t mean your child needs less sleep overall. Toddlers need between 12 to 14 hours of sleep until around age three.

Be prepared to spend extra time winding down your extra-tired tot before his single nap and at bedtime. This is a great time to establish a naptime routine if you don’t already have one. “It’s important to create recognizable ritual that the child associates with sleep,” says. Dr. Kakar. “This makes the transition from two naps to one nap easier.”

Beware the Nap Echo
After your child has made the switch, she may feel the pull of a morning nap for months. Tiny doses of morning slumber can disrupt the afternoon nap; a ten-minute snooze during a midmorning car trip may be enough to render your child napless come afternoon. Once a single midday nap is established, incorporate some morning quiet time, but be careful to preserve the afternoon sleep.

Above all, don’t expect an overnight change. It’s usually a slow transition over weeks or months. “Most children take 3 to 4 months to fully make the switch,” notes Dr. Kakar.

Look out, world!
While you might miss the morning break, there are perks to parenting a single-napper.

“It’s liberating—fewer naps to work around!” says Yarbro. Kids are often so tired by the time their single nap arrives that they go down quickly and sleep for a longer stretch. Even better, you now have the entire morning free to explore the world with your little dynamo.

------------------
Malia Jacobson is a freelance writer who writes frequently about children’s sleep and health issues. She successfully navigated the two to one nap transition with both of her daughters.

Parents often wonder, when is the right time to start potty training? There are many signs to look for, but a child must be developmentally ready. There is no magic age — children will be ready at . . .

Toddler Products! Check out these products designed especially for the growing curiosity and independence of toddlers. The Learning Tower by Little Partners$199.99; Amazon.comDesigned to provide . . .

Ready to help your child give up a pacifier? Here are some tips for navigating the tricky transition. . . .

A clean freak’s tips for outdoor play As a recovering clean freak, I often create excuses to avoid going outside. Kids have a knack for achieving maximum grubbiness outdoors. My 3-year-old likes to . . .

Getting Toddlers to Eat a Nutritious Meal

A smorgasbord of secrets for successful small-fry suppers . . .

The toddler years are the perfect time to make art projects and experiment with different materials. . . .

When Can you Ditch Your Child’s Booster Seat?

The Right Shoe Fit Can Prevent Spine, Back & Foot Problems 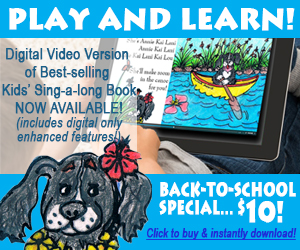