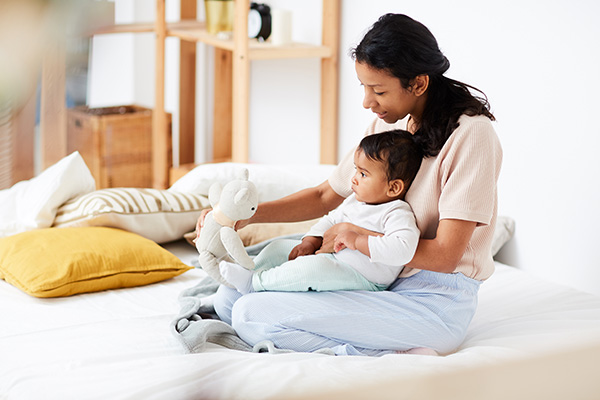 Playing with your baby yields much more than adorable smiles. According to child development experts, simple games boost baby’s brain development, fostering growth in language, math, science and organizational skills (aka executive functions), in addition to social and emotional learning.

Babies at play learn about themselves and their world, says Sarah R. Lytle, Ph.D. “Babies are natural scientists. They’re always playing games that are actually experiments. Every time a baby drops a spoon off their high chair, they’re figuring out their world and how it works.”

So, how to you help your little scientist? Here are easy games that improve cognitive development in a baby’s first 12 months.

Quality interactions with loving caregivers are vital to cognitive development in general—things like responding to babies’ coos and cries, gazing into their eyes and making silly faces. “In a high-quality interaction, you want to see a true back-and-forth exchange between a parent and a baby. When the baby babbles, the parent responds like they’re having a conversation,” says Lytle.

By 4–7 months, babies begin developing object permanence (the knowledge that something still exists even when it’s not visible). Simple games like moving a cup just out of sight and asking “Where’s the cup?” help your baby toward this memory milestone.

When baby hands you a toy and looks at you expectantly, she is initiating a game that develops social and emotional intelligence, says Lytle. Play along by responding with delight (“Thank you so much!”), waiting a beat, then handing the toy back. Keep the back-and-forth going for as long as your baby stays interested.

Exposing babies to music introduces the concept of rhythm, which benefits mathematical skills, says Lytle. Encourage this learning with mini dance sessions as early as the newborn stage (holding your baby, of course). Spend 5–10 minutes bouncing and swaying to the beat of songs you know and love.

Read books filled with rhyming words, like The Cat and the Hat, to help babies develop phonological awareness, an important component of language and literacy, says Lytle. “Books work well for this because as parents we don’t normally speak in rhymes. And we tend to get into verbal ruts and use the same words over and over again. Books expose babies to words and rhymes you might not normally use.”

Just hours after birth, babies show a preference for gazing at faces, which boosts visual development and cognitive growth. Stanford researchers found that by age 4 months, a baby’s facial recognition skills rival those of adults. A simple game like placing your face 10–12 inches from baby’s face, then switching with another person (or even a stuffed animal) and waiting for a response can help babies hone this important skill.

That shape sorter you may have received at your baby shower is great for developing spatial awareness and mathematical ability, says Lytle. Once babies get a bit older, building blocks can help continue that development. “With blocks, babies are testing their environment and really getting into some complex concepts related to math, such as volume, distance and how structures work,” she says.

“Parents sometimes think that in order to build language skills they need to ‘fill their baby’s bucket’ with a lot of words,” says Lytle. “But the back-and-forth interaction is what really benefits cognitive growth.” Try responding to your baby’s early coos and first words with a hearty laugh, a squeal or a surprised face. The sillier the better, since babies are often delighted by these responses and more interested in keeping the interaction going.

Focused, attentive interactions with loving caregivers are the best brain-builders, says Lytle. When caregivers play with babies, they can make the experience even more beneficial by focusing on their baby—putting down the phone and tuning out distractions. “To create a high-quality interaction, it’s important to be fully present and really focus your attention on your child.”

Malia Jacobson is a health and family journalist.

When Breastfeeding is Hard

In California, about three quarters of women who begin breastfeeding in the hospital have stopped by nine weeks postpartum. According to Neonatologist and Lactation Consultant Dr. Nancy E. Wight, wh . . .

We teamed up with others in the community to create a new digital guide that has essential, up-to-date information for first-time parents and must-have resources for those who are expecting the seco . . .

Most seasoned parents agree that first birthday parties are mostly for the adults, but still want a fun, memorable way to commemorate this important milestone. Some parents swear by a cake smash pho . . .

The Importance of Dad Involvement

Parents do countless things to prepare for the arrival of a new baby—research, plan, decorate, buy baby gear, select a name and so much more. No matter how much parents prepare, the unexpected can . . .

How to Transition Back to Work After Maternity Leave

Just as new moms are getting into the rhythm of parenthood, reality hits for those who work away from home and it’s time to go back. Here are strategies to help plan and manage the transition back . . .

Most babies have healthy, functional digestive systems—even those who experience an occasional bout with gas, diarrhea or tummy pain. But because common digestive issues like spitting up, reflux, . . .

It is estimated that 15 percent of infants and children in intensive care units are there due to an underlying genetic condition. Just a few years ago, many of these infants would pass away or go th . . .

Baby Sleep Challenges and When to Consider a Sleep Coach

When I was pregnant with my first son, I read at least 10 books about birth. Sure, I knew the birthing process would last a mere one to two days and I’d chosen a trusted provider to guide me throu . . .

The World Health Organization found that a child’s nutrition in the first 1,000 days of life—from conception through age 2—has a substantial impact on physical and behavioral developme . . .

How to Support Oral Health in Babies and Toddlers

A little-known fact for many parents—when you test the temperature of your baby’s bottle with your mouth or share food, a straw, or a utensil with your toddler, you’re also sharing bacteria th . . .

Thank you to all the local parents who responded to our request for favorite pediatricians, OB/GYNs and midwives in San Diego County. Doctors and providers are listed alphabetically by organization, . . .

What New Moms Need to Know about Breastfeeding

For some new moms, breastfeeding comes naturally, but for others, it brings anxiety, fear, challenges and a lot of questions: Will I make enough milk? Will my baby latch? Will it hurt? Breastfeeding . . .

When baby is ready for solids her world expands to include meaningful family mealtimes, colorful messes and even bursts of excitement over new flavors. However, the solid food transition can be stre . . . 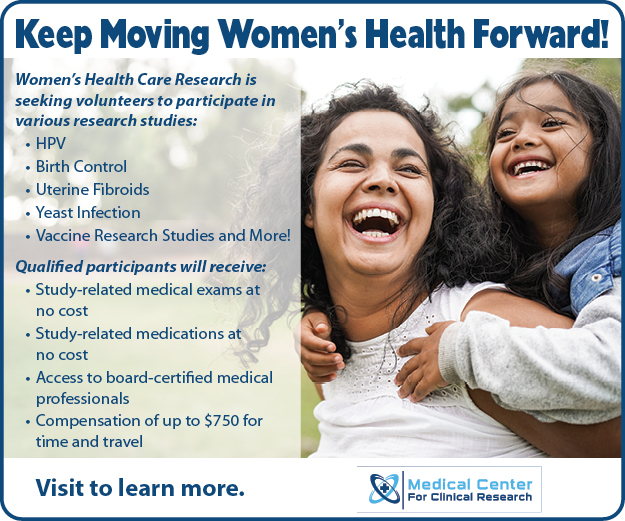 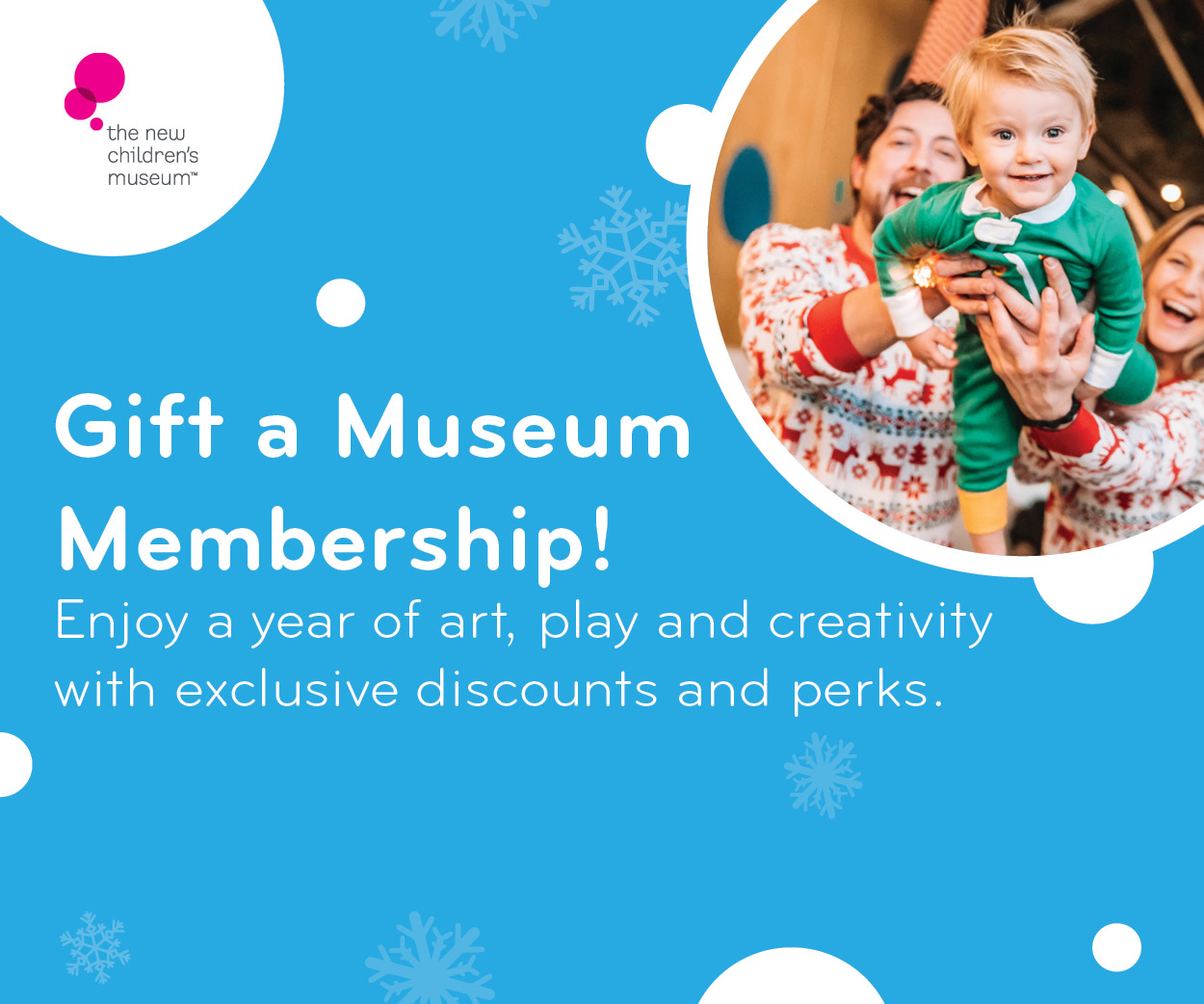