Due to the myriad of myths surrounding concussion, it often takes parents by surprise. The Congress of Neurological Surgeons (CNS) recently revealed that concussion remains the most underreported, under-diagnosed head injury. To help avoid mistaking or mistreating your child's condition, should he suffer a bump to the head, here are the facts about six common concussion myths.

Myth: You can tell right away when someone has a concussion. They'll vomit and have a bad headache.

Fact: Symptoms can take hours or even days to appear. Because each brain is different, reactions to the injury vary from child to child. Symptoms also differ between boys and girls. A 2011 study in the Journal of Athletic Training found that both boys and girls report headaches after a concussion. But boys more often experience amnesia and confusion or disorientation, while girls may describe themselves as being drowsy or sensitive to noise.

Myth: You have to be knocked unconscious for it to be a concussion.

Fact: According to the CNS, only about 10% of concussion-inducing blows cause a person to black out. A concussion can occur even without a direct blow to the head. An impact to another part of the body, such as a hard fall, can sometimes jar the head enough to cause the brain to come in contact with the skull's interior. It is this internal collision that causes the injury.

Myth: Don't let someone with a concussion fall asleep.

Fact: We've long heard that you should rouse a person every few hours after they've experienced a hit to the head to prevent a coma. In reality, after suffering a concussion your child can (and should) be allowed to sleep. His brain requires rest to begin healing. However, it is a good idea to keep an eye on your child for the first day or two to watch for the appearance of new behaviors and symptoms, or a decrease in functioning that could require an emergency room visit.

Myth: A concussion is "no big deal." Kids should just shake it off.

Fact: A concussion is also known as a mild traumatic brain injury. Not only is it unwise for your child to continue in sports-related activities while recovering from a concussion, he may also need to cut back on mental stimulation.

The Center for Disease Control (CDC) recommends concussion patients get plenty of sleep at night and rest during the day, and avoid physically demanding activities or those requiring much concentration (e.g., sustained computer use, reading). The CDC suggests kids not return to activities until they can engage in them without symptoms returning, and then to slowly increase the level of activity. For some, it may mean a reduction in school hours, homework or both.

Fact: According to the American Academy of Neurology (AAN), football and rugby top the list of sports where boys are most susceptible to concussion, followed by hockey and soccer. Girls face the greatest risk of concussion while playing soccer and basketball. For younger children (birth to 9 years), bicycling and playground activities account for the greatest number of head injuries, including concussions.

Myth: As long as my child wears a helmet, he won't get a concussion.

Fact: Helmets prevent skull fractures, not concussions. While a padded helmet or other protective device may lessen the impact to your child's cranium, none of them can stop the forces of motion that cause internal brain impact. The AAN encourages parents to make sure their child's helmet fits well and is kept in good condition to reduce the risk of concussion.

With a better understanding of concussions, you can be more aware of what you're seeing (and what to do) if one happens to your child or a child in your care. Always check with your pediatrician if you have questions or are unsure.

This list is not exhaustive. Check out the CDC's “Heads Up to Parents” site for more information.

Lara Krupicka is a parenting journalist and mom to three girls, two of whom have suffered concussions. 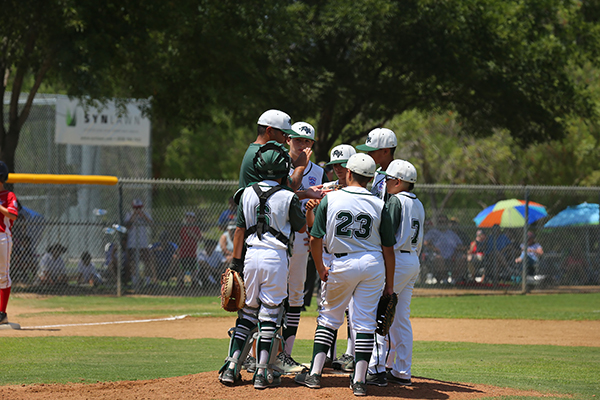