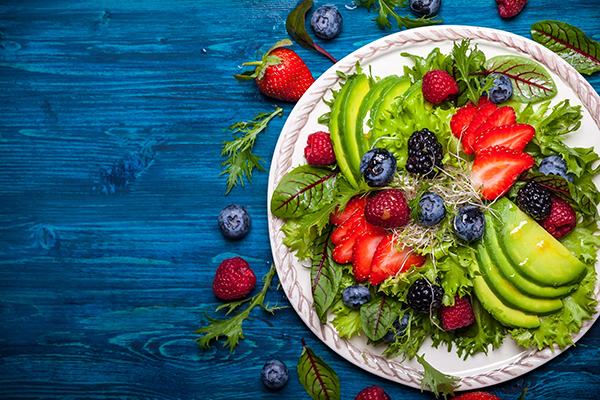 A semi-vegan approach for healthy kids and a healthy planet

Scroll down for a list of kid-friendly vegan meal ideas.

For the third time in my adult life, I’ve rewritten my weekly shopping list to exclude meat. Since my body rejects lactose, and my kids reject eggs, this essentially makes me a vegan. A “weekday vegan,” that is. This time, instead of dropping animal proteins completely, I’m opting for a more flexible diet. For me, it means I don’t cook meat or dairy at home, but I also don’t check the labels on all my packaged foods as a strict vegan would. And when I’m enjoying an occasional meal out, the entire menu is fair game.

What are the benefits of (mostly) quitting animal products?
Health
The standard American diet consists of highly processed, high-calorie food that leaves little room for nutritious fruits and vegetables. That’s one of the reasons childhood obesity has tripled in the last 30 years and there is a rise in Type 2 Diabetes among kids. Meanwhile, vegans enjoy lower risk of cardiovascular disease and certain cancers. They tend to be leaner and less likely to develop obesity-related diseases. Without meat or dairy crowding the plate, vegans consume more fruits, vegetables and grains. They tend to get plenty of fiber, which reduces risk of colon cancer. But there’s good news for those of us who can’t quit meat completely: Research suggests that part-timers can expect improved health outcomes, too.

Allyson Kennett of Imperial Beach is a semi-vegan who began thinking more about food choices after becoming a mother. “So many of today’s major health issues appear to be linked to what we put in our bodies,” Kennett says. While she often prepares vegan, organic and locally sourced meals, she admits it’s difficult to avoid meat and dairy every day. “I find it very restricting, especially when I'm short on time. I don't always want to eat a quick salad and my kids almost always won't,” says Kennett. She says it’s convenient to bend the rules in social situations, like at a friend’s party, or when the family eats out. Ideally, the kids won’t feel restricted or excluded, but still develop a thoughtful approach to eating. “I hope they're learning that it really matters what they choose to put in their bodies,” she says.

The Planet
Meat production at its current scale has been shown to have a major impact on the environment. American meat consumption has grown by 20 percent in the last 50 years. That’s hard to swallow, considering livestock farming is among the highest producers of greenhouse gas. Did you know that more antibiotics are used each year on healthy animals than on sick humans? That’s to prevent rampant disease in crowded factory farms. Unfortunately, the overuse of these antimicrobials has contributed to the crisis of antibiotic resistance and the occurrence of superbugs.

Why not full vegan?
In short, being full vegan is not sustainable for most people. Consider the fact that only 10 percent of Americans say they’ve attempted a vegetarian diet, and just two percent of Americans are practicing vegetarians at any given time (only a quarter of those are vegan). If the quitters are anything like me, they go right back to preparing a pound of meat each night once the veggie experiment has failed. Imagine the positive impact we could have on our national health, on the environment, and the benefit to animals, if a larger percentage of people could reduce meat consumption significantly. I believe more people would attempt to reduce meat intake, if it weren’t an all-or-nothing proposition. Semi-veganism: It’s the next best thing!

Anne Malinoski is a contributing writer and mother of two boys. She’s a semi-vegan who no longer thinks of occasional meat consumption as “cheating.”

Want to teach kids about world cultures? Take a DIY tour of San Diego bakeries! Around the globe, sweet treats are tied to important celebrations that make a culture unique. They often showcase a so . . .

These gluten-free, dairy-free lemon star cookies are delightfully dense and chewy — delicious for any occasion! And with only six ingredients, you can have yummy homemade cookies in less than 30 m . . .

Oceanside mom and food blogger, Jackie Bruchez (aka The Seaside Baker) has turned a classic Thanksgiving side dish into a delicious pie. Make this impressive holiday pie for your next gathering or f . . .

This upside-down apple blackberry cake looks impressive enough for company, but is so easy to make! Substitute frozen cranberries for a twist in color and flavor. Serves 8 Ingredients1½ cup flour . . .